Computing data collected from the statistical archives of the National Library of Quebec, I have managed to get a data serie on Quebec’s real gross debt between 1900 and 1959 (after 1959, the data is more easily available online). I have used my previously constructed wholesale price index to provide the real terms up to 1919, and then I have used Statistics Canada’s series which begins in 1914. I have first indexed the two series at 1914 and then averaged the two of them for the overlapping years. Then, all that was needed was to index to 1959. So first, here comes the series of data for nominal gross debt 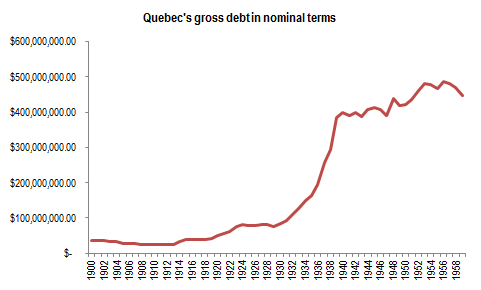 And now, the gross debt of the province of Quebec in real dollars (1959) 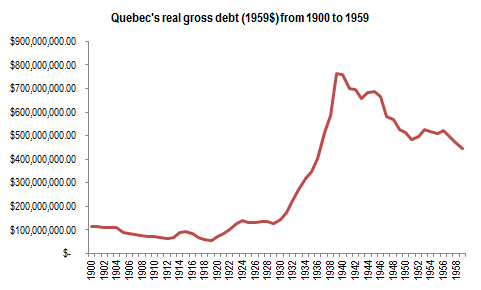