In a Wall Street Journal, Nobel Laureate Robert Lucas is quoted asking if it is “possible that by imitating European policies on labor markets, welfare and taxes, the U.S. has chosen a new, lower GDP trend? If so, it may be that the weak recovery we have had so far is all the recovery we will get.” It is by observing the growth path of the United States since 1870 that he arrives to such a conclusion.

The graph below illustrates the “recovery” measured by quarterly output measured by the Bureau of Economic Analysis. Indeed, it seems that the recovery is slower by historical standards.  I am not trying to hop on the band-wagon here, but the story seems plausible.

I  am not wholly convinced since little importance is granted to the uncertainty of investors regarding the policy environment. The debates over taxing rich taxpayers and business are casting some uncertainty.

But it seems that the possibility of America embarking on a new steady-growth path that is lower than its previous historical path is quite plausible. 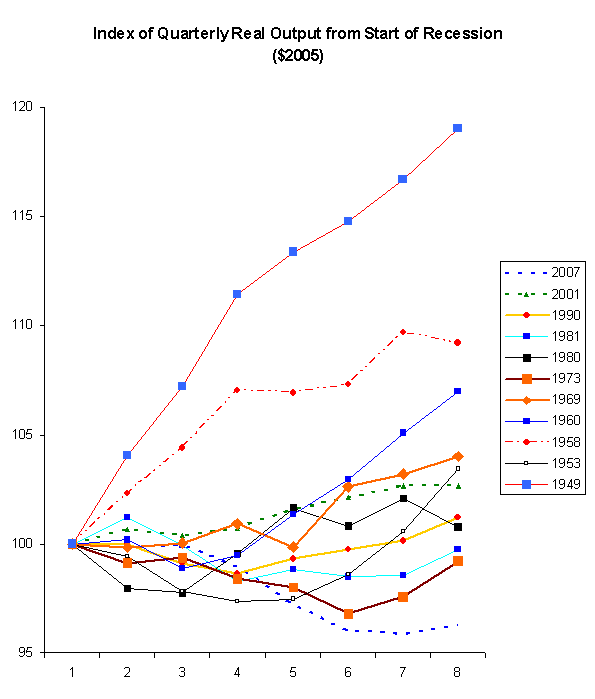