My recent book, Du Grand Rattrapage au Déclin Tranquille, is the subject of an article in the French-Canadian magazine Summum. For those who are not from Quebec, Summum is a “boys’ magazine” with tons of girls in swimsuits (or less). So I dare say I gave an interview to end up between two girls in their swimtrunks. Here is the cover and the article itself for which there are two addendas that I am adding at the end of this blog post: 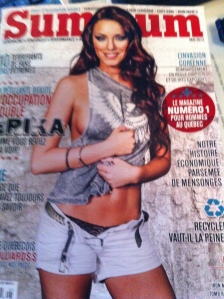 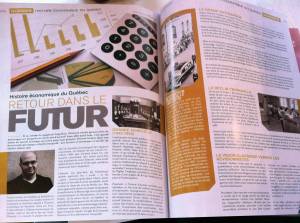 Addenda 2: A few lines below, it says that it high school participation declined while in fact it increased. The reporter merely inverted the terms, nothing bad.